North Evia is a destination with a lot of well known orthodox sights where many pilgrims from Greece or other countries prefer to visit them all the periods of the year.

Saint David Monastery
Saint David monastery is near Rovies village and it is situated in a greenery area with piny forests around. It was established in 16th century from the saint and reconstructed in 1877. Close to monastery there is a cave where Saint David lived.

Galataki (Saint Nicholas) monastery
Near Limni Evia town, Galataki monastery was built around 7th or 8th century above the ruins of a greek ancient temple dedicated to ancient god Poseidon. Inside the monastery there is a defensive tower of 16th century. Pilgrims will be able to find in this monastery saint remains, old books, heirloom collections and old orthodox icons.

Saint George Monastery
Saint George monastery located 10 kilometers away from Rovies and 2 kilometers away from seaside village Ilia in Evia. It is built at an altitude of 450 meters on the Mount Valantion, having a wonderful view to the northern Euboean Gulf. It was built in the ruins of an ancient temple dedicated to Selinoudios Apollo. For several years it was a male monastery, until 1971, when it was turned into a female monastery. 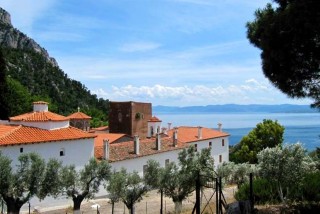 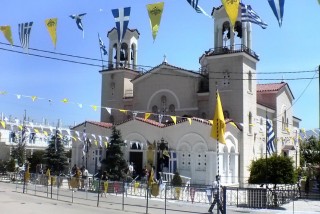 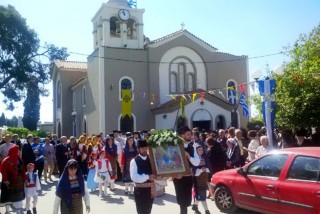 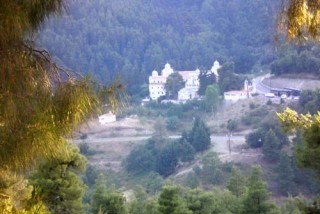 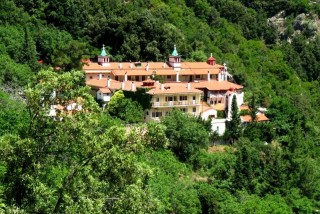